Sheikh Hassan Setohy and Sheikh Yahya Adel Ibrahim, discuss Ramadan and its importance upon a Muslim.

“The month of Ramadhan (is that) in which was revealed the Qur’an, a guidance for the people and clear proofs of guidance and criterion. So whoever sights (the new moon of) the month, let him fast oit and whoever is ill or on a journey – then an equal number of days. Allah intends for you ease and does not intend hardship and (wants) for you to complete the period and to glorify Allah for that (to) which He has guided you; and perhaps you will be guided.”

The arabic term al-saum means to refrain from something, in terms of the religion of Islam, it refers to refraining with the intention of worship, from food, drink, sexual intercourse and other acts that break the fast from dawn until sunset.

During this month Allah’s Messenger ﷺ said, “When Ramadan begins, the gates of Paradise are opened.” 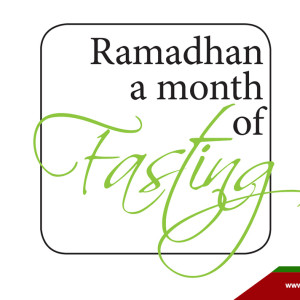 Ramadan also increases a Muslims taqwa (piety), to do this a Muslim must refrain from and carry out religious duties.

Many Muslims and non-Muslims have the basic understanding that fasting during the month of Ramadan is to understand the struggles that the less fortunate go through on a daily basis. Even though this is correct Ramadan is about more than that, it is a month of spiritual reconnection, breaking old habits and starting new ones that are beneficial and rewarding to a Muslim. Furthermore fasting during the month of Ramadan expiates the sins committed since the previous Ramadan, as long as they are not major sins.

The Prophet ﷺ said: “The five daily prayers, from Jumuáh to the next and from one Ramadan to the next are expiation for (sins committed) in between, so long as you avoid major sin.”

Fasting is a means that allows Muslims to appreciate all that Allah has provided for us, and give thanks for all that he has given us. It also enables us to control our desires that can at times control us.

Thus the Prophet ﷺ said, “O young men! Whoever among you can afford to get married, let him do so, for it is more effective in lowering the gaze and protecting one’s chastity. Whoever cannot do that, let him fast, for it will be a restraint for him.”

It also entails training themselves to give up on things that a Muslim desires even though they are able to take them.

Who should fast and who cannot?

Scholars have agreed that fasting is obligatory upon every sane adult (a man or woman who has reached the age of maturity) healthy and a non-travelling Muslim. A woman who has not received her menses is able to enjoin in Ramadan.

Prophet ﷺ said, “The pen (recording the deeds) has been raised (and is not recording) for three: the one who is sleeping until he awakens, the child until he reaches the age of puberty and the insane one until he becomes sane.”

A traveler and ill person are exempt from fasting, however do need to make up the days.

The Quran states, “… But if any of you is ill or on a journey, the same number (should be made up) from other days…”

Others that are excused from partaking in Ramadan are those that are breastfeeding and pregnant women, on the condition that they believe there is a risk that they or their children may become ill, harmed or may die.

Virtues of Fasting during Ramadan.

Abu Hurairah narrates the Messenger of Allah ﷺ said, “Whoever fasts the month of Ramadan with faith and hoping for its reward shall have all of his previous sins forgiven for him.”

Fasting during Ramadan has many benefits some are spiritual, societal and health. The spiritual benefits include the practicing and strengthening of one’s patience, controlling oneself can assist in improving their taqwa (piety). The societal benefits encourages compassion, empathy, mercy, equity and loving for your fellow human what you love for yourself. The health benefits include purifying the intestines, improving the health of the stomach, cleansing the body of impurities, decreasing the level of fat in the body and decreasing the heaviness of the stomach due to fat.